PULSE2 provides two non-overlapping pulses. The width of each pulse, the offset between them, and the period can all be set with a resolution of 10 ns.

The power up default is all pins highs. After the FPGA is loaded pins p1p and p2p go low and p1n and p2n go high.

A single configuration resource sets the pulse parameters. All parameters are given in units of nanoseconds, although the hardware actually has steps of 10 ns.

The oscilloscope image below shows the pulses for the command: 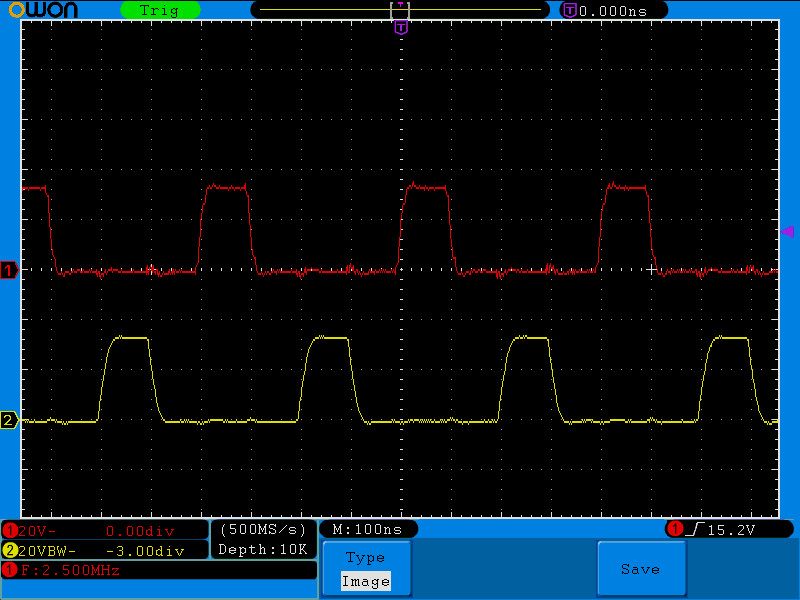 This peripheral was created at the request of Wes Laquerre and was built to meet his specific requirements.