The IRIO card and peripheral sends and receives consumer IR remote control packets. It uses the 'NEC Protocol' which has a 16 bit address, an 8 bit command, and command again but with the bits inverted.

You can find a list of NEC protocol devices, their addresses, and commands here: http://lirc.sourceforge.net/remotes/. The web site lists the address as the 'pre_data' value and the commands are listed by function and value. The second byte of most commands is, as expected, the inverse of the first byte. 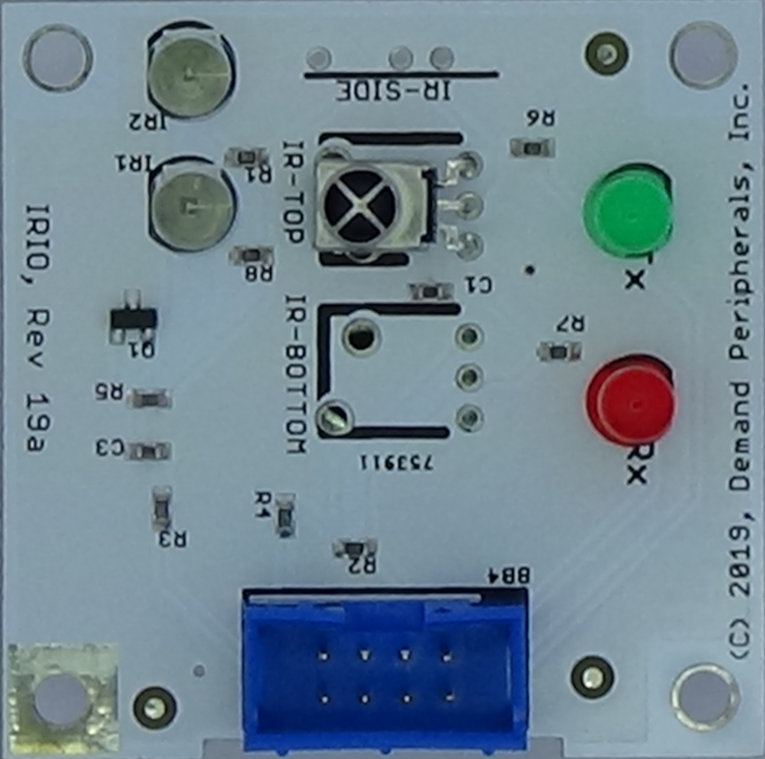 Use the IORO card with the IRIO peripheral. The card has a 38 KHz IR receiver, a set of IR LEDs, and two visible LEDs. The visible LEDs flash when an IR packet is sent or received. More data about the IRIO card can be found here: cards/irio.html.

Resources for the irio peripheral include a read-only data receive resource and a write-only transmit one.

recv : received IR packets given as a newline terminated 32 bit hexadecimal string. This resource works with dpcat but not with dpget or dpset.

xmit : 32 bit hex value to be transmitted. This resource works with dpset but not dpget or dpcat.