The BB4IO peripheral controls the buttons and LEDs on the Baseboard4 FPGA card. BB4IO is part of every DPCore.bin image. 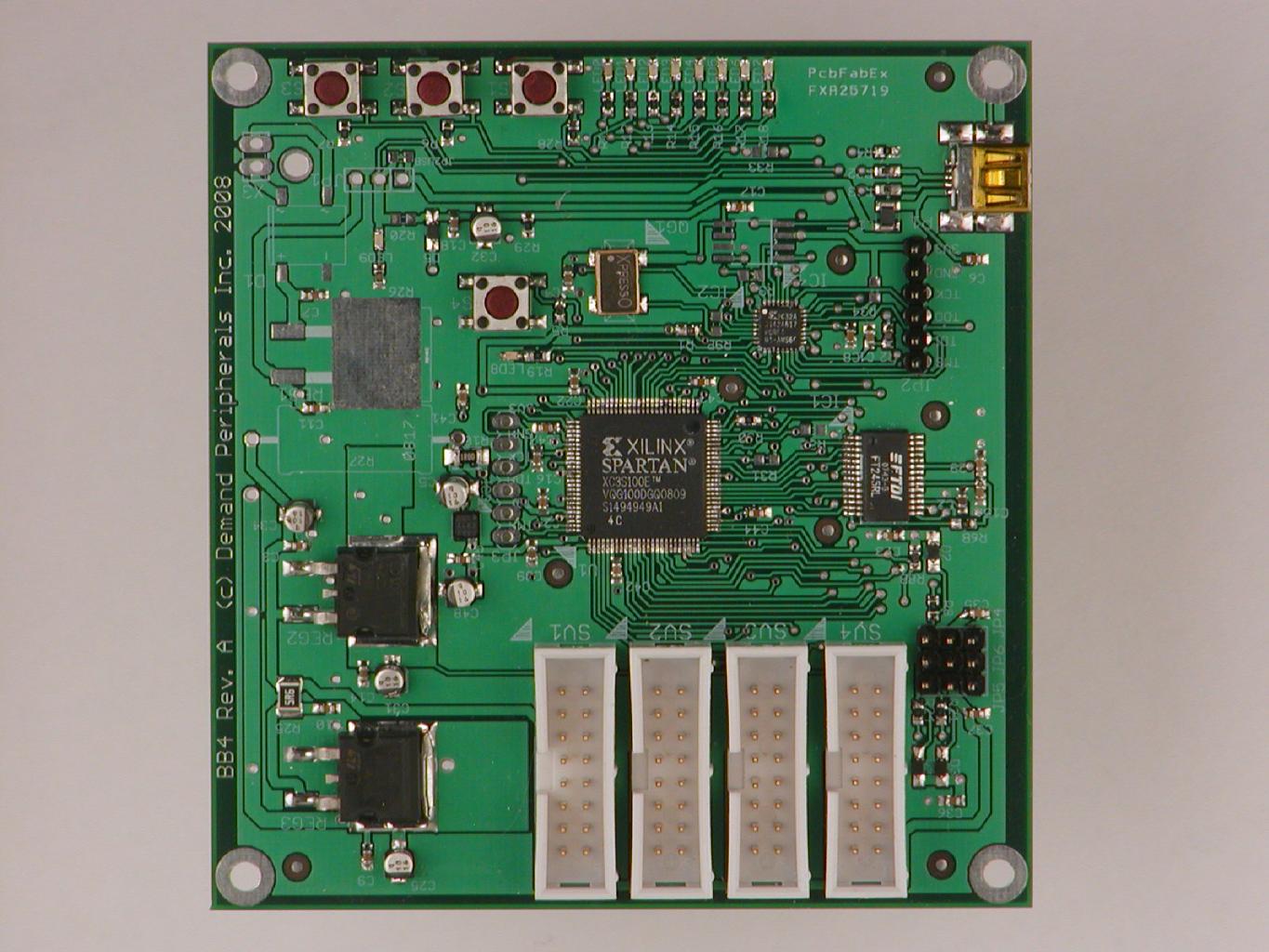 Each BaseBoard4 has three buttons (S1, S2 and S3) and eight LEDs (LED0 to LED7). More information about the Baseboard4 is available here: /cards/baseboard4.html

leds : The value of the LEDs as an eight bit hexadecimal number. The LSB controls LED0. This resource is both readable nd writable.

buttons : The value of the buttons as a number between 0 and 7. The LSB has the status of Button 1. This resource works with dpget and dpcat.

Watch for button press and release events as a stream.