The ADC812 peripheral performs a 12 bit ADC on eight inputs at a rate between 4 HZ and 100 Hz. Two inputs can be combined to form a differential input for the ADC. Differential inputs perform a 13 bit conversion. 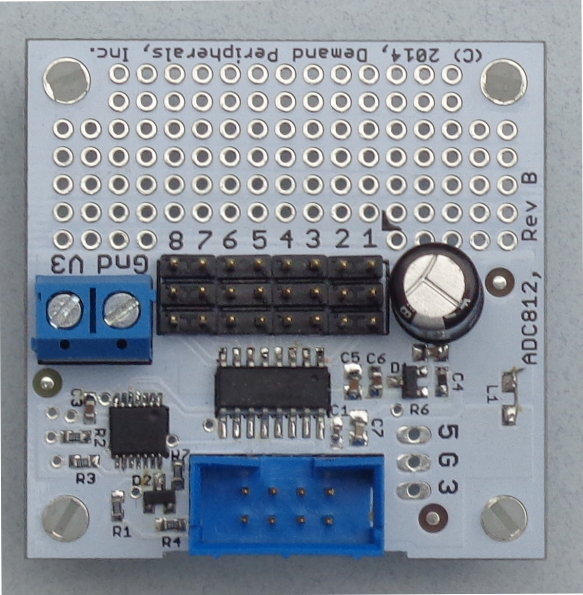 The resources for the ADC812 let you specify the sample rate and whether or not an input is differential. The ADC samples are available at the 'samples' resource.

samples : eight space-separated 12-bit ADC readings as hex values. There is one line of output for each set of samples. Single-ended inputs give an unsigned 12 bit result and differential inputs give a signed 12 bit result (since the difference can be above or below the adjoining pin). You can use select() on this resource after giving the dpcat command.

Set the sample rate to 50 milliseconds and eight single-ended inputs.

Monitor the ADC readings as a stream.

If you have two ADC812 cards in your system you access the second one by slot number.