The PD15 power distribution card is a break-out card which makes it easy to control, protect, and distribute power from a battery. 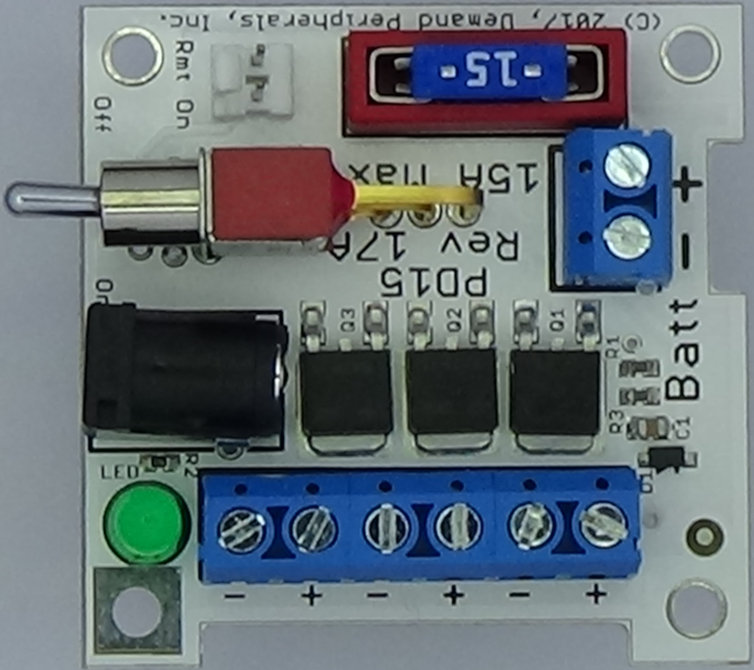 The PD15 provides a low current on/off switch which in turn controls three 20-amp AOD409 PMOS FETs. The FETs act as a kind of power relay for the card and using PMOS FETs lets the card switch the "high side" of the battery. Switching the high side of the battery lets you use battery ground as system ground.

A two terminal input lets you control the device remotely. This is handy for switches that have to be mounted away from the card and for timed on/off using a real-time clock card.

Power output is on three mechanically secure and easy to use screw terminals. Each screw terminal can handle at most 15 amps and the sum of all the currents through the screw terminals should not exceed 15 amps or the fuse value.

Battery charging is made easy by the inclusion of a 5.5 mm barrel connector that is tied directly to the battery. Current into this connector should not exceed 2 amps.